Solutions: End the Mandate – Get the DNR Out of Education Funding 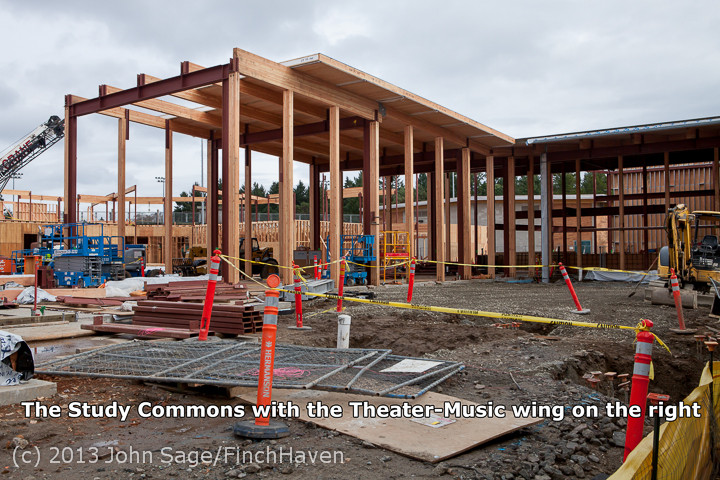 Disappearing DNR (Dept. of Natural Resources) dollars leave too many schools unbuilt. While Vashon Island’s citizenry generously ponied up the multi-million dollars of property tax increases to expand their school above, too many school districts can’t and don’t pass the levies/bonds for new buildings/remodels because the absence of significant DNR money has made bonds affordable for most citizens, especially in low-income jurisdictions. Consider:

OSPI records indicate that over $15 billion worth of bonds have failed in the last 20 years, predominately in low-income jurisdictions like the Highline School District, where voters recently rejected a $376 million school bond measure. And then another one.

Without the four new/remodeled schools the district sought, many future Highline students will be packed into parking lot “portables,” along with 100,000 pupils statewide. This is unfair. And it is unconstitutional.

Until the 1980s, DNR timber revenues funded more than 60% of school construction costs. But volatile lumber markets, our population explosion, and harvest-impinging environmental regulations have cut the DNR’s share of costs to just 25% since 2002, according to OSPI.

$120 million barely buys one new 4A high school. For the entire state! A drop in the bucket.

Support the McCleary decision – The Non-Alignment of the DNR Mandate with McCleary Could Require Dropping the Mandate from the Emerging, New K-12 Funding Plan

Note: Since the DNR contributed on average just $120-$200 million per year that is all that needs to be accounted for.

Note: That “TIMBER” is listed first in TFW says it all.

Some groups are already addressing climate change’s impacts: for example, Forest and Water Climate Adaptation: A Plan for the Nisqually Watershed. Yet a DNR freed of fiduciary pressure to maximize tree harvests for schools would make such efforts far more widespread on the states 12.1% of state forestlands PLUS on Washington’s 35.6% privately held forestlands. (12.1% + 35.6% = 47.7%)

“Multiplier effect”: because private timber lands must follow DNR rules, almost half (47.7%) of our state forestlands would suddenly be managed in a FAR more progressive fish and wildlife friendly manner than they are currently. This “multiplier effect” is perhaps the single best reason to drop the DNR mandate.

Young vigorously growing forests can consume over three times more water than old forests according to field research report from the EPA on the Nisqually River (Moore et al. 2004). (THIS IS THE FACT OF THE DAY!)

– which reduces water temperatures in main-stem salmon bearing streams and tributaries; and

– which reduces water temperatures in smaller creeks, cricks, draws, and seeps, all of which contribute to lower main-stem water temps.